By Keith Archibald Forbes (see About Us) exclusively for Bermuda Online 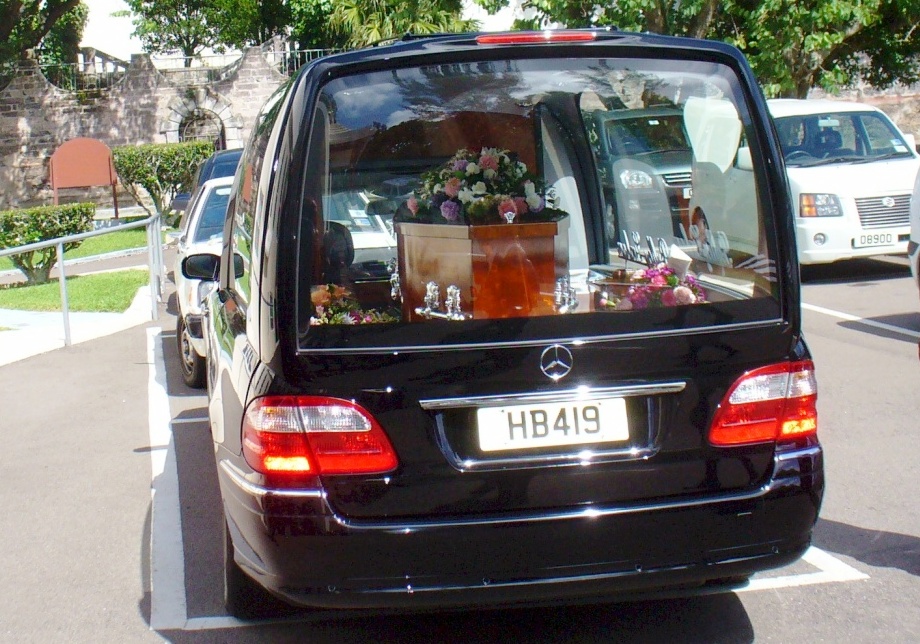 Death and funeral of a Bermuda testator. 2010 estate settlement photo copyright this author

See The Law of Wills and Estates in Bermuda, 6th Edition, by Michael J Mello, QC, JP, 2008. It includes new chapters on the rights of children born outside of wedlock and same-sex couples.

Who can be an executor in Bermuda and fiduciary duty 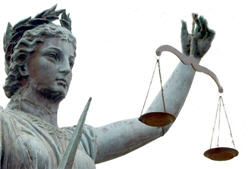 In most countries, including Bermuda, an executor or executrix is appointed in a will to administer the estate after the death of an individual. An executor will ensure that the instructions in the will, when not illegal in any way under any laws, are carried out to the letter.

There can be more than one executor or executrix but not more than four. This applies to all who are named in a parent's or relative's or friend's will as an executor, to wind up an estate after the funeral. When two people are appointed as executors they are known as co-executors.

The law does not require an executor to be a legal or financial expert, but it does require the highest degree of honesty, integrity, impartiality, and diligence.

The importance of these the last four must be noted. Collectively, they comprise what is called a "fiduciary duty" -- the duty to act with scrupulous good faith and honesty on behalf of someone else, in the same way and with the same speed as an executor, as a good business executive always conscious of the bottom line, would operate his or her corporate entity.

Duties of an executor 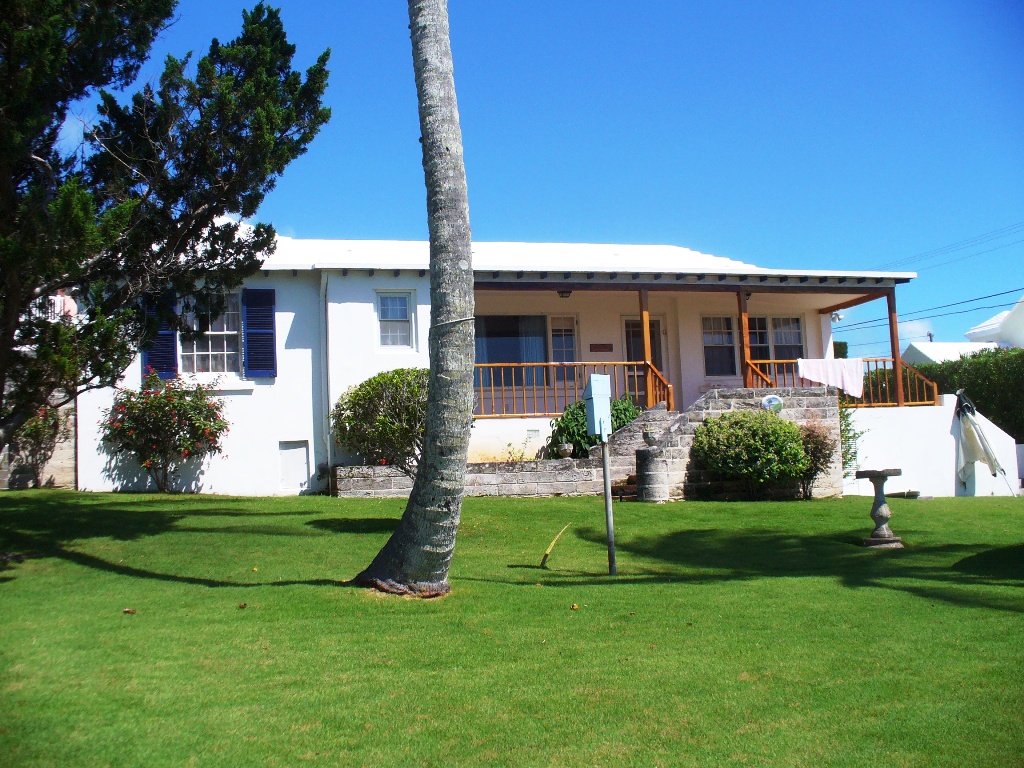 A typical Bermudian home that should be sold promptly after the death of the owner, priced to sell, not remain on the market.

Winding up an estate need not be a complex legal task. But it requires an orderly approach, a recognition an executor (also referred to in some quarters as a personal representative) has a specific fiduciary responsibility and accountability to act as promptly as possible - generally within six months to a year maximum for a will that does not require probate or letters of administration - and a willingness to deal promptly with an often inflexible bureaucracy.

What does it entail? An executor of an estate holds a very special position of trust. His or her first role, when the testator dies, is to promptly contact all utilities, banks, trust companies, etc. know of the death of the deceased.  Within a few days of death the executor must give the date of death and ask each business entity if they require a copy of the death certificate. If they do, this should be supplied.  If the deceased held any accounts in their sole names these will normally be frozen, but joint accounts with a surviving spouse will not. An executor should ask for the balance of the accounts at the date of death and if any money is due the estate. An executor must then promptly gather together all the assets of the deceased including all bank statements, other financial documents including stocks and shares certificates, all other investments, rental agreements if any, pensions, benefits, credit and debit cards, life insurance, other insurances, mortgages if any, debts if any, etc. An executor must promptly determine all the debts if any of the deceased and pay them; promptly obtain (when this is necessary) probate or letters of administration. An executor must promptly carry out an accurate as possible inventory of any valuable property such as family heirlooms, jewelry, paintings, furniture and arrange to have them valued. Last but not least, an executor must as promptly as possible distribute the remainder of the estate in the exact manner a will may specify.

To comply with Acts including all the Bermuda Immigration and Status Acts referred to above, plus: 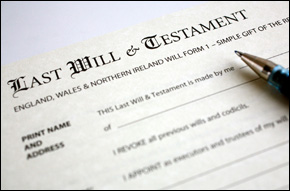 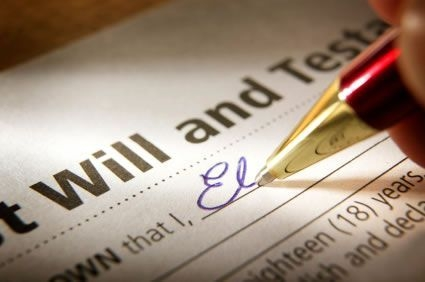 When a testator (the person making the will) has more than one child and especially when some or all live and are taxed abroad, it is not recommended that a son or daughter be appointed as an executor or financial trustee or both. A better alternative is to appoint an impartial executor and trustee such as a Bermuda bank or law firm. While this may cost more it will ensure that executor and trustee functions are carried out speedily and impartially. If this is not done, it can be many months or years before an estate is liquidated, even when no probate or letters of administration are involved. Why? Because of pressure of work of one of the executors when more than one that might well conflict with and delay by months or years the speedy winding-up of an estate, especially when the executor concerned may be the only one resident in Bermuda. When such severe delays by the executors occur, acute depressions of the local economy can happened which can cause the value of some shares and real estate to dip alarmingly. Time is of the essence in settling estates to avoid tax problems overseas for any beneficiaries who live abroad, in their jurisdictions. When a non-professional executor does not have the time to execute or co-execute or administer an estate in a timely way he or she should offer to step aside and instead ask a Bermuda bank or executor and trustee company or law firm to take over, to help ensure a smooth transition. It is neither right nor proper that a too-busy person who is an executor or beneficiary or both should also be the only administrator of estate funds, especially when those funds also legally belong to other beneficiaries.

A current Will is the definitive instrument for an executor

In this context, a will means the most recent properly signed and executed will, the only valid will. What is contained in a hand written or typed or printed red book or notebook of earlier date is irrelevant, immaterial and should be totally ignored by an executor unless provisions noted in the former are also mentioned in the will. Any arrangements that any child and/or other relative may claim the testator made but is not specifically mentioned in the will must be ignored.

For comparison purposes with Bermuda, in the United Kingdom Wills, Probate and Inheritance matters, including Inheritance Taxes if the estate is big enough, are described in this UK Government website, https://www.gov.uk/wills-probate-inheritance/overview.

When a testator dies, real property - houses and/or condominiums and/or land - is passed on by a parent or parents to their children or relatives. The children or relatives become owners and/or co-owners. There are two kinds of co-ownership, one known as "joint tenancy" and the other as "tenants in common." There are significant differences between the two. In a joint tenancy, each co-owner has an unspecified share which cannot be sold separately. Generally, when a co-owner dies his/her share goes to other co-owners regardless of the stipulations of any will. In a tenancy in common each owner has a specific share, for example 25% each in a family of four children, or 50% each with two children, or by arrangement each co-owner can hold an agreed proportion of the property. This form of co-ownership also enables all the parties concerned  to transfer their shares during their lifetime if they wish, without any legal requirement to notify any other party beforehand and bequeath their shares entirely as they wish in their will, a process which will ensure their shares continue to be protected. This means that on the death of any of the co-owners in a tenancy-in-common, their shares do not pass to other co-owners (as it does in a joint tenancy) but to a spouse or another or others designated in a will.

When a will does not specify that co-ownership of a property goes to specific individuals in joint tenancy or as tenants in common, a lawyer may suggest a Declaration of Trust be signed, to record the respective shares. If the property is sold in the future the amount of equity distributed to each owner will reflect the terms of the Declaration of Trust. A lawyer should be consulted for more details, terms and conditions, changing from joint tenants to tenants-in common, etc. and inform clients of any problems. Re tenants in-common and joint tenants, there are significant differences. There are others too but the main difference is that during the tenancy-in-common the holder can freely transfer it on his/her death to any person or beneficiary he/she names; can also invite any guest to stay there without the needing permission from other tenants-in-common; and can block any sale of that tenancy-in-common if he/she wishes. Whereas joint tenants can't do any of this, must agree re friends or colleagues staying there and household expenses, etc. And when one dies his/her tenancy ceases, reverts to other joint tenants, cannot go to any beneficiary.