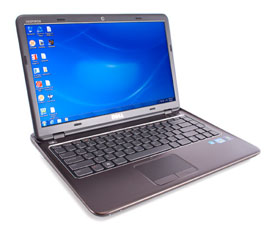 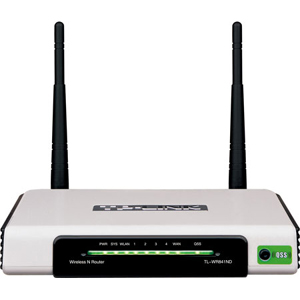 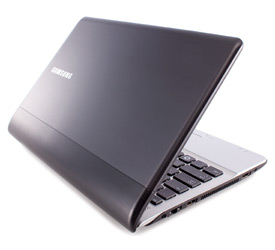 For local residents and visitors arriving by air 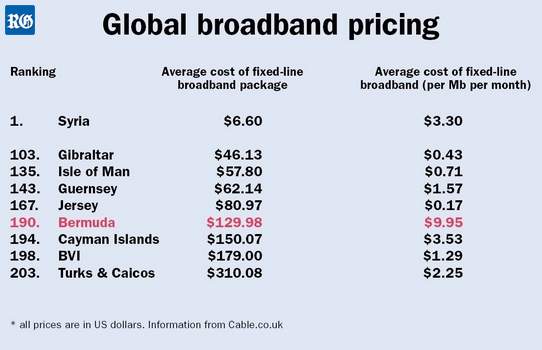 2020. March 3. Bermuda is the 17th most expensive place in the world for broadband internet service, according to a survey of 206 countries. This is based on the average cost of a fixed-line broadband package, at $129.98, as measured by UK-based Cable.co.uk. Countries are ranked by the cheapness of such a package, meaning Bermuda places 190th. On the list, the island fares better than Cayman Islands, British Virgin Islands, and Turks and Caicos, which were 194th, 198th and 203rd respectively. However, it trails Gibraltar, Isle of Man, Barbados, Guernsey, and Jersey. Of those, the most expensive is Jersey with an average package costing $80.14. Breaking down the average cost of a fixed-line broadband megabit, per month, shows Bermuda at $9.95, which is more expensive than all the previously mentioned jurisdictions; the next costliest is Cayman at $3.53. The broadband pricing list has been published annually for the past three years. Bermuda improved from 180th in 2017, to 175th in 2018, when the rankings featured 195 jurisdictions. When asked for its reaction to the islands low position on the list, the Regulatory Authority of Bermuda, which oversees the electronic communications sector, said historical pricing suggests that Bermudas retail prices for broadband has been higher than in comparable countries. In addition, it said: Consideration should also be given to what is being measured in the Cable.co.uk comparison, ie, whether the definition of broadband is the same for each country; is the broadband offered as a stand-alone item or is it bundled with other options? According to Cable.co.uk, its methodology included researchers selecting one package at each available speed from established providers in the countries included in the rankings, and where multiple packages have identical bandwidth, then selecting the cheapest option. Only consumer broadband packages were included. In Bermuda, 22 broadband packages were measured. Asked by The Royal Gazette if it was concerned about the difference in pricing between Bermuda and some comparable jurisdictions, and if there was anything it was able to do to improve this, the RA said it had analyzed retail broadband pricing in 2018 and would consider its options. 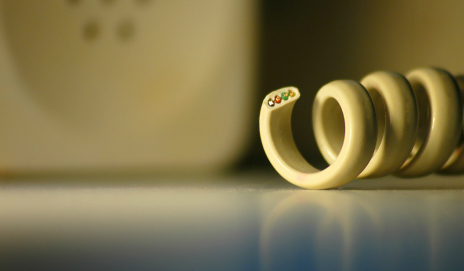 Similar rates are believed to be in effect on other Cunard, P&O, Princess Cruises, etc ships showing Hamilton, Bermuda as their port of registry

In comparison, at cruise ports beyond Bermuda free or nearly-free WIFI at cruise terminals include: 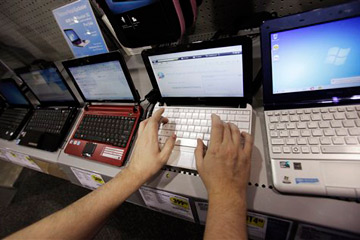 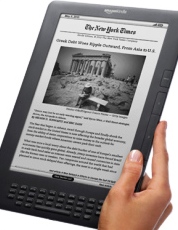 There are a number of them. In Bermuda, all Internet/WIFI companies must by law be supplied by majority Bermudian-owned companies. This excludes any foreign corporations - such as AOL, which routinely offers services in the UK, Europe, USA and Canada

2020. March 13. Telecoms holding company One Communications Ltd, one of the leading companies offering Internet and WIFI, recorded net income of $16 million in 2019, the company reported in a filing with the Bermuda Stock Exchange. That was an increase of $900,000 over the net income recorded a year earlier. The company reported shareholders equity of $156.3 million as at December 31, 2019, an increase of $6.1 million over the previous year. Capital investment during the year was $17 million, some $11.3 million less than in 2018. The company paid $6.5 million in dividends for the period ending December 31. One paid $1.7 million in dividends in 2018. Frank Amaral, chief executive officer of One, said: For Bermuda in 2019, we continued efforts to further improve and enhance our suite of internet, TV and mobile services. We were especially focused on the launch of our FibreWire TV platform, which provides customers with a choice as to when, where, and over what device, they want to watch. With respect to the companys operations in the Cayman Islands, we continue to benefit from strong capital investment and continuing growth in the national economy. The company reported earnings per share for continuing operations for the year of 39 cents per share. Ones total assets increased during the year to $212 million, up from $205.6 million the year previous. Consolidated revenue for the period was $105.6 million in Bermuda and $30.7 million in Cayman. Total operating expenses were $114.4 million. The company made $4.7 million in principal repayments in 2019 leaving a balance of $27 million in long-term debt outstanding. One said it did not make use of its overdraft facility in 2019 and had $20 million in cash and cash equivalents at the end of the period. During the year, the company repurchased 1,005,037 shares under the approved share buyback programme at an average price of $3.58 per share.

Other factors that contribute to high local costs